A divided District of Columbia Court of Appeals granted Thursday what it describes as an “emergency examination waiver” admission to practice law with various restrictions.

People admitted in other jurisdictions, as well as individuals who previously failed a bar exam, are not eligible. And candidates must have graduated from ABA-accredited law schools no earlier than 2019, according to the Sept. 24 order.

It also includes a three-year supervised practice provision, and admittees are expected to make a “concerted effort” to provide pro bono services.

The jurisdiction still plans to offer an October online bar exam with National Conference of Bar Examiner materials. Some bar exam candidates in various jurisdictions have expressed software concerns about the online exams.

“Although the court recognizes that there are uncertainties and challenges associated with an online bar examination,.the court concludes that it is on balance better to provide that alternative to those who wish to choose it In that regard, the court has negotiated a number of reciprocity agreements with other states that are also administering an October bar exam, and applicants may be relying on those agreements,” according to the order. 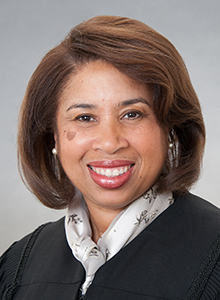 Chief Judge Anna Blackburne-Rigsby of the District of Columbia Court of Appeals.

The Sept. 24 order was four to three. Chief Judge Anna Blackburne-Rigsby and Judges Stephen H. Glickman and Phyllis Thompson dissented from the majority in a separate statement.

“We understand that the COVID-19 pandemic has created unprecedented circumstances, but we believe that the other steps the court has taken (offering a remote examination, negotiating reciprocity agreements with twelve other jurisdictions to accept the scores from the remote exam, and expanding the opportunity for temporary supervised practice) are sufficient accommodations,” they wrote.

In August, Blackburne-Rigsby told the ABA Journal that she views the bar exam was a valuable tool to measure core competencies.

Diploma Privilege for D.C., an advocacy group, also disagreed with the majority’s decision. Three years of supervision places a burden on employers and limits job prospects, including for federal positions, because the supervision must be provided by Washington, D.C., barred lawyers, and many attorneys who work for the federal government are licensed in other jurisdictions, according to a Sept. 24 statement that the group released.

Meanwhile, the State Bar of California’s board of Trustees approved a plan Thursday that would give recent law school graduates a two-year temporary law license through June 2022, Bloomberg Law reports. An executive summary of the provision, which needs state supreme court approval to be implemented, can be seen here.

In April, the ABA’s Board of Governors approved a resolution urging states to adopt emergency rules authorizing limited practice with lawyer supervision for recent law school graduates if the coronavirus pandemic causes cancellations of July bar exams. At the time, only a few jurisdictions had canceled or postponed bar exams.