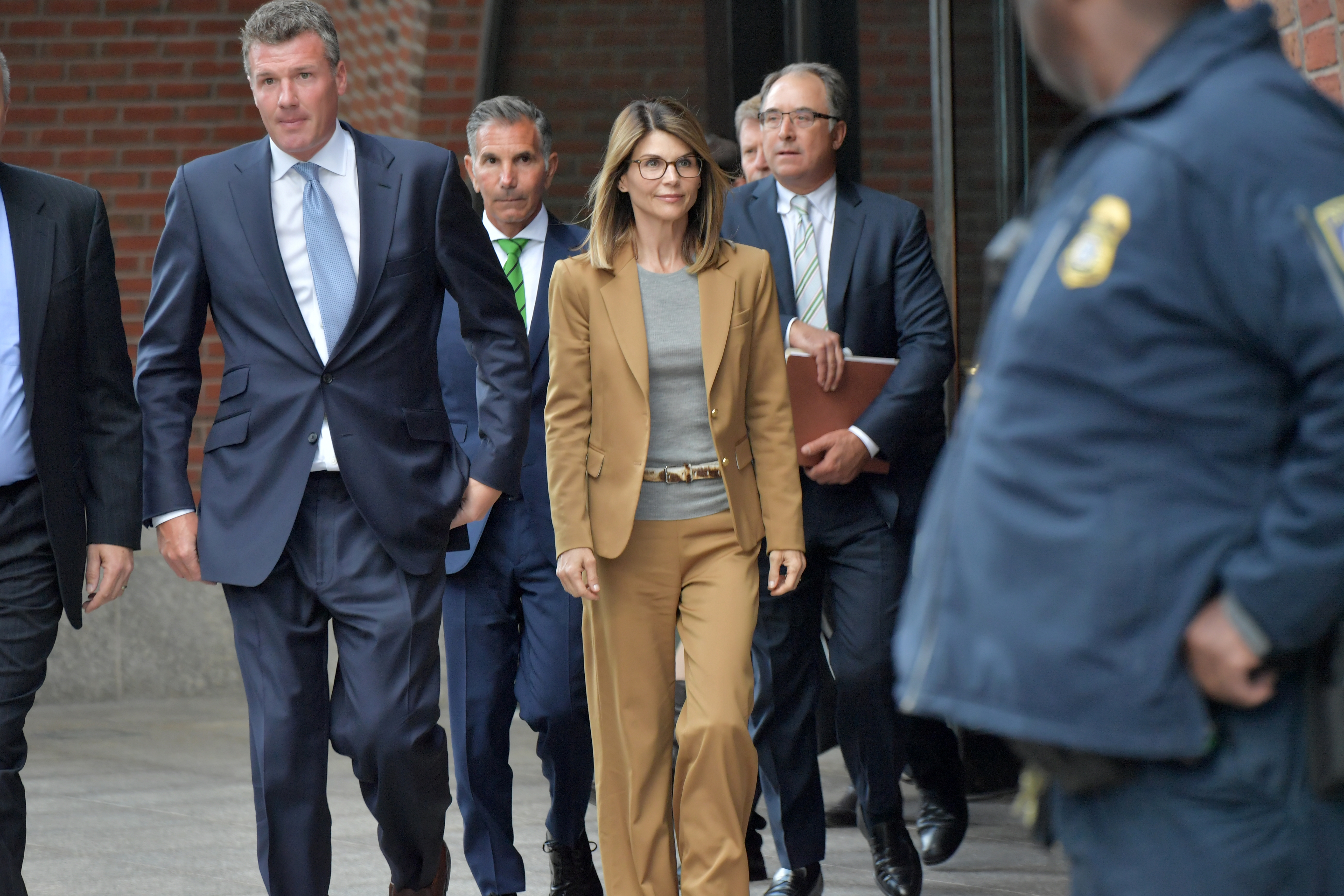 Well, her legal counsel actually issued the “not guilty” plea on Lori Loughlin’s behalf, as she waived her right to appear before a federal court in Boston. Loughlin and her husband, Mossimo Giannulli, are accused of paying $500,000 in bribes to get their daughters into the University of Southern California.

While most of the parents involved in the admissions scandal were charged with one count of conspiracy to commit mail fraud and honest services mail fraud (and many, including Felicity Huffman, have already pleaded guilty), Loughlin and Giannulli are facing some additional charges. Here’s a look.

According to a criminal complaint released by the Department of Justice, a government witness “advised Giannulli that his older daughter’s academic qualifications were at or just below the ‘low end’ of USC’s admission standards,” but they had a “game plan ready to go” to get her in. That game plan involved getting the daughter recruited as a crew coxswain, as the academic requirements are often relaxed for athletes. The only problem? Loughlin’s daughter had never rowed competitively before. So Giannulli simply sent in a photo of her exercising on an ergometer, and a month later, “the USC subcommittee for athletic admissions … approved her conditional admission to the university” as a crew recruit.

Two days after that, Giannulli got an email directing him to pay Donna Heinel, USC’s Senior Women’s Associate Athletic Director, $50,000. Giannulli also paid $200,000 to The Key Worldwide Foundation, William “Rick” Singer college admissions consulting company. Singer was accused of orchestrating the bribery scandal and has already pleaded guilty to racketeering conspiracy, money laundering conspiracy, conspiracy to defraud, and obstruction of justice. The arrangement worked so well, Loughlin and Giannulli did the same for their second daughter.

In addition to the honest services charge filed against most of the parents involved, Loughlin and Giannulli were also charged with one count each of conspiracy to commit money laundering. This is presumably tied to payments to The Key, labeled as charitable donations and indicating that “no goods or services were exchanged” for the purported donation when, in fact, the money involved was “proceeds of some form of unlawful activity.”

Federal money laundering statutes prohibit conducting financial transactions “knowing that the transaction is designed in whole or in part — to conceal or disguise the nature, the location, the source, the ownership, or the control of the proceeds of specified unlawful activity.” Loughlin and Giannulli could be facing 20 years in jail and $1 million in fines, if convicted.