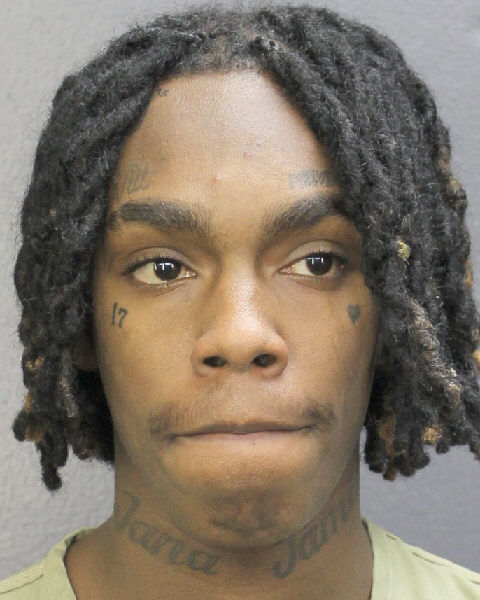 Rapper YNW Melly’s murder case just had the stakes raised quite a bit higher. Now, the rising rap artist could be facing the death penalty for the double murder that he is alleged to have committed with a fellow crewmember, YNW Bortlen.

According to prosecutors, Melly and Bortlen shot and killed their own crewmembers Anthony Williams and Christopher Thomas Jr. while sitting in their car, then staged the crime to look like a drive-by shooting. Melly and Bortlen dropped off the victims afterwards at the ER. Curiously, Melly was not arrested for the murder for nearly two months.

YNW Melly’s criminal history isn’t doing him any favors in this case.

Since he was a teen, he has gotten in his fair share of serious legal trouble, including facing charges for guns and drugs, and actually doing time behind bars. Notably though, that troubled past may have done wonders for Melly’s record sales and artist cred. Before these most recent charges, he had even collaborated with Kanye West. But, sadly for the artist if the murder charges pan out, none of it may matter as he could be facing a life sentence or death. And unfortunately for Melly, the prosecution seems rather sure that it will be able to make its case.

In addition to Melly’s criminal history, his own music may actually hurt him too. One of his most famous songs is actually titled “Murder on my mind.” And like other rappers in his genre, to put it politely, his lyrics certainly do not portray him as a law-abiding citizen. Melly has pleaded not guilty to the murder charges, and has asserted that the victims were actually his friends.

Recently, another rap artist was prosecuted merely for his lyrics. And despite First Amendment protections generally being rather strong for artists, the courts upheld that rapper’s conviction just for his lyrics.